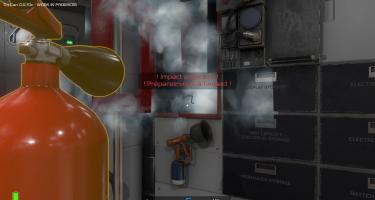 Tin Can, in its basic version, was released in 2020 on Steam with an original and interesting concept. In line with hard-sim games (understand simulation that is not joking), William Burke’s software gave you no respite. Indeed, you begin the story as a space traveler aboard a cruiser. But the journey does not go as planned and an emergency alert forces you to rush into a small individual pod, a tin can (hence the title), to extricate yourself before the ship explodes. Millions of burosse-years from Earth, you drift through the cosmos with no purpose other than to survive. Except that here you are neither an engineer nor a space mechanic. And in your capsule with more than Spartan comfort, nothing is going right. The material is probably aging or the revision of the 30,000 has not been done. Either way, hell begins. The pod’s systems can fail at any time, the alarm goes off making it hard to think, and the lights go out making it difficult to maneuver correctly.

In space no one will hear you fix error PB28 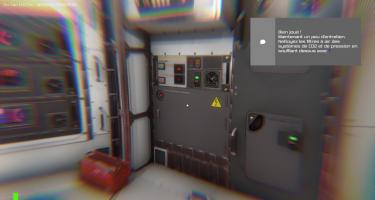 If at first glance one might think of a gameplay concept like Keep Talking and Nobody Explode, the game is much more complex. Indeed, as in the example cited, he will ask you to read a substantial manual placed on a seat of your capsule in order to know exactly what to do in the event of damage. On several dozen pages, such as your boiler’s book, a string of error codes and malfunctions are listed, with possible causes and possible solutions. But the difference with KTNE is that it will not be a question of submitting to mini-games of association of shapes, colors or sounds. Here is real life, the hard way. And, very far from Earth. No one will come to save you or help you, there is only one certainty: it is you who manage your survival. The good news is that you don’t have to eat or drink (yet). But first, you have to breathe. And the recuperators and generators of nitrogen, oxygen and CO2 are the first components that will give you gray hair because they are so essential (and can end your game in 5 minutes). 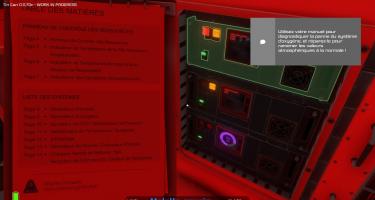 You understood, the game is crazy complex since it asks you to take care of dozens of indicators, tables and elements on board the capsule, which you can only repair correctly by having in-depth knowledge of the procedure manual. From time to time, system failures cut a fuse or a transformer, so you have to find something to restart the machine. Sometimes you don’t even know it, so you have to listen to your body to realize it. If your vision becomes blurry and you feel dizzy, a lack of oxygen may be happening. If you begin to float, cabin pressurization may be compromised. Especially since there is more than just the inside of the capsule to manage, it having the annoying tendency to float haphazardly in the sidereal vacuum and therefore to get too close to the debris and other meteors that can damage the cabin.

Like any good simulator, the game really cares about giving purpose and a role to all the elements around you. Thus, to repair the vital functions of your passenger compartment, you will have to learn what the motors, fuses, generators or other ignition or alert buttons are used for. A problem? Put on your overalls, open the hoods, take one item out and put it somewhere else. Ah yes, except that by doing that, you chose to sacrifice one for another. This is where the game is cruel as can be. To prolong your life, you will have to make tough choices. Which battery will be removed to be able to restart the oxygen generator? Emergency lights? Gravity? The choice is yours, but it will have an impact on the rest of your adventure. The pod also has a kind of repair terminal that allows you to recover elements to repair components… by destroying other parts of the capsule.

READ :   Off The Grid: A Narrative Battle Royale written by Neil Blomkamp (District 9)

In VR, stress is at its peak 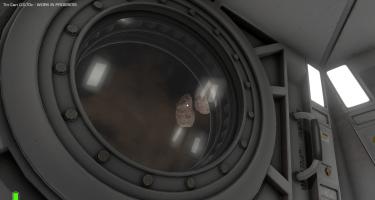 The soft, stressful, demanding, scary, offers a new dimension with this VR version released around Christmas. The difficulty is not particularly increased since it is very pleasant to move quickly from one module to another thanks to the management of the two hands, but the distress is felt all the more when the body indicators are activated. In the game, your character’s pulse quickens and his breath becomes heavier when there are problems. Added to this are the red emergency lights which flood the cabin and the sirens which, sometimes, accumulate because of the errors which are linked in cascade. Impossible to think when everything is falling on you at the same time. This is when silly mistakes happen, including forgetting to turn off the power to an element before removing the fuse, and therefore taking a fatal hit if you don’t spam the last chance QTE quickly enough .

READ :   Sony unveils its PS Awards of the year: Resident Evil and Ratchet at the top

Let it be said, I have never managed to pass the 15 minutes of play, and, from what I have read elsewhere, it is a miracle when a player exceeds 20 minutes. The game flirts with the genre of die & retry with great talent, since this speed of death often makes you want to start over in stride. Especially since the title, still in early access, also offers several very pleasant modes, such as a form precisely inspired by Keep Talking, where a player with the manual will act as a guide when it is necessary to repair elements of the ship adrift . Otherwise, you can test the competitive mode and measure yourself against the scores of the community, or the sandbox mode which allows you to simply be a space tourist, without risk of death. Well, normally. If you don’t inadvertently open the airlock that leads directly into the void…