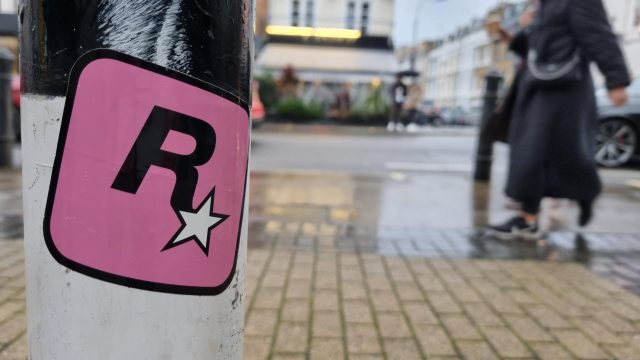 The rumor is totally wild and very unlikely, but it’s still fun: Rockstar would have placed a clue about GTA 6 in the streets of London.

It is the somewhat crazy rumor that is beginning to take hold on the web and our attraction for unusual information forces us to share it with you. According to netizens, Rockstar would have had fun hiding a clue about the next destination of its GTA 6 (now officially confirmed)… “IRL”.

Indeed, if we know the taste of the franchise developer for the small details scattered in its productions, the studio could see more by offering physical visitors to its premises to discover more. According to a British YouTuber, the London office is so popular that stickers are stuck everywhere around the building.

The image is real, the link with GTA 6 not obvious

At the back of the premises, he says, a sticker is also visible on the door with the mention “I would rather be in Vice City”. Real GTA 6 location clue or just a prank posted by a GTA fan? The troll seems obvious and probably has nothing to do with any Rockstar plot.

READ :   A Final Fantasy 7 livestream is coming with “a lot of info”

After searching on Google Street View, it turns out that this sticker has been stuck since at least 2016. It has never been removed by the company, from there to say that it is related to GTA 6…

Personally, I lean more towards a Londoner who is literally fed up with the rainy weather and would prefer to be on the Florida side.