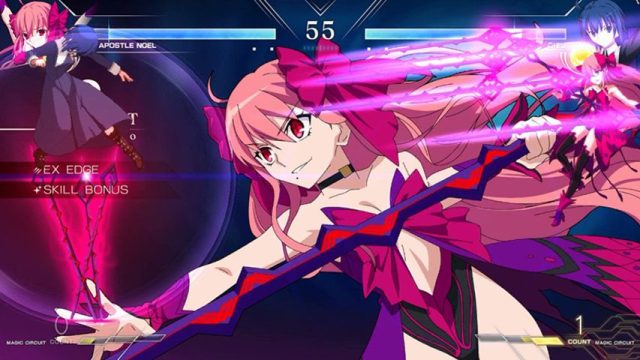 The first character to join Melty Blood: Type Lumina in DLC has been announced. This is Dead Apostle Noel. It will be launched this winter.

Released last September, the 2D fighting game Melty Blood: Type Lumina will soon have a brand new character in its ranks. Finally, it is rather a new form of a fighter already present.

Previously human and executor, Christmas ended up being what she was stalking, a Dead Apostle. Using a multitude of spears, she also uses her skills to extract the soul of her opponents.

If it is expected this winter, the exact date of DLC has not yet been disclosed. The same goes for the price.

The title is currently available on PS4, Xbox One, Switch and PC (Steam).