Obviously, while waiting for The Elder Scrolls 6 and Starfield, Bethesda intends to continue to capitalize on Skyrim and plan to release it on Nintendo Switch.

After being released in 2011 and having been reissued around 453 times, in November 2021, Skyrim offered itself a final edition on PlayStation, PC and Xbox, to celebrate its 10th anniversary, but had left the poor Switch on the floor. However, a recent leak on a Taiwanese site tells us that the software could well land on small Nintendo consoles.

Skyrim Anniversary Edition reportedly recorded in Taiwan by a site accustomed to leaks of information of the kind. The publication has also ended up being withdrawn suggesting that the evaluation committee of digital games in Taiwan has revealed the doldrums a little too quickly. Fortunately, our comrades from Switch Brazil had the time to immortalize the moment, confirming the recording ofa Skyrim Anniversary Edition on Switch. 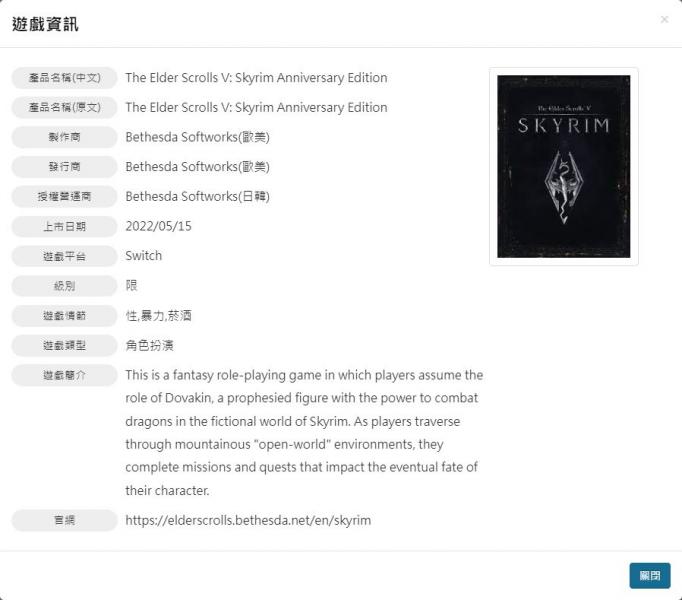 Obviously, neither Bethesda nor Microsoft have spoken on the subject, but no doubt we will have more information during the next Xbox Showcase scheduled for June.

READ :   PlayStation Productions: A new intro that shows the muscles