On the occasion of its upcoming release on PlayStation, the action RPG prepares with a final video. In the process, it also gives an update on its physical editions.

The story of Sword and Fairy: Together Forever takes its foundations by sending the players to the side of a man named Xiu Wu. The young man enters the demon kingdom discreetly and has a very unfortunate encounter. His life is threatened, but he gets out of it. Back in the human world, he meets a young woman: Yue Qingshu. Together, they have the common goal of bringing peace to a world plunged into chaos.

A new view on the gameplay

It is thus on this frame, that the game will propose you to leave to the adventure. You will cross a number of landscapes, which promises to be varied, meet people and establish links with those who will be your companions on the road. And, of course, the journey will be far from restful. Fights involving ferocious creatures or other bosses will be there to test your warrior skills, which will obviously be very different depending on the character you control. In addition, it will be possible to breed certain creatures and, in another register, participate in various mini-games.

Here is a new and final overview of the gameplay of the game scheduled for release in August 4th next in dematerialized on PS5 and PS4:

Physical editions to arrive in 2023

In addition to that, the title also announced a Western arrival window for its physical editions (PS5 and PS4). And, it will only be at the beginning of 2023 (no specific date) that they will be available. There will be exactly two of them: the “premium physical” and the “premium collector”.. If the first one will contain codes for the ost, a DLC of cosmetics or sticks, the second will include the soundtrack in physical format, four art cards, a steelbook or the plush of the mascot. To get an overview of the planned content, here is a video as well as shots for each edition: 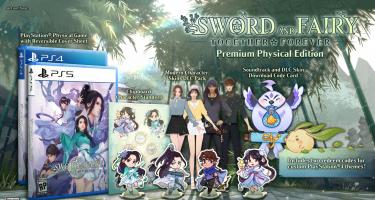 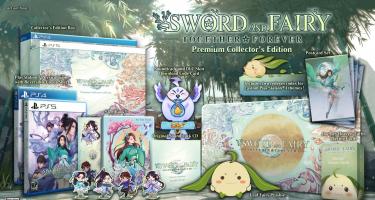 Sword and Fairy, available since 2021 on Steam, will be made available to PlayStation players at From August 4th. The game should not be localized in French.

READ :   Final Fantasy 16: development is coming to an end and the story will be dense