The big Resident Evil announcement for this Tuesday has fallen: Capcom is opening an internet portal that looks back on the 26 years of the license. While waiting to be able to play with the emblematic heroes of the saga in RE:Verse?

Like Square Enix, which did the same with its Tomb Raider site on the occasion of the 25th anniversary of the license, Capcom has unveiled the “History” portal (no link with Michael Jackson), a site that allows you to travel through the 26 years of the Resident Evil universe. Four games were added this Tuesday morning (so that was the big announcement) and which will be joined on February 22 by a “next update”.

First of all, it’s the first memorable masterpiece!
I still remember clearly, 25 years later, how scary it was to see the first zombie turn around…

The link with the real announcement scheduled for next week seems obvious, especially if this future communication concerns the RE:Verse opus, the multiplayer itself pays homage to the history of the Resident Evil saga.

READ :   The former PlayStation boss has spoken out about the failure of the PS Vita

Overall, what does it look like (you have to go through 5 minutes of recording all kinds to access it if you don’t have a Capcom ID)? The portal allows you to find for each game the official BGM of the episode, artworks, some trailers or conceptual images.

The most discerning will have noticed that Code Veronica was omitted from the listing of the first games, being preferred the 5th, but first in terms of chronology, Resident Evil 0. Why? How? ‘Or’ What? Where? Which? So many questions that still remain unanswered. 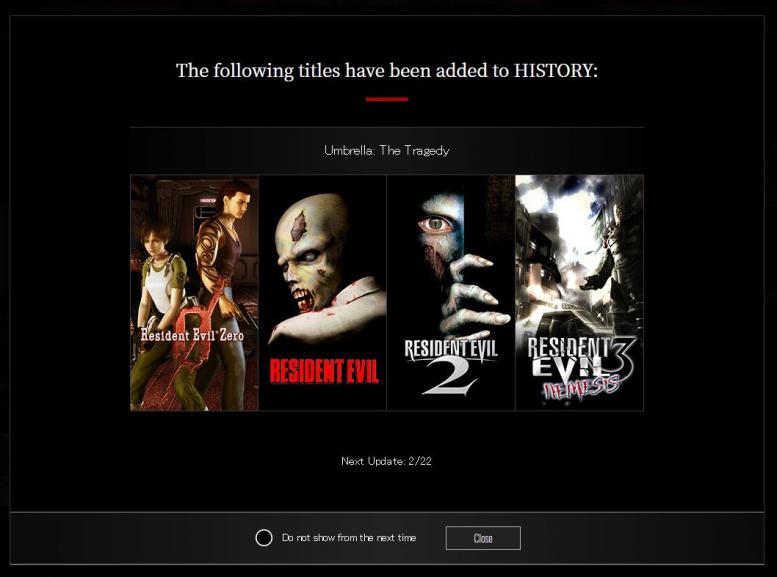