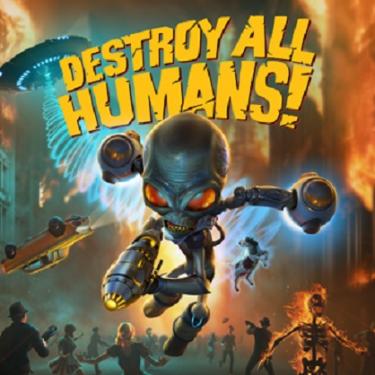 Xbox Virtual Store has leaked a new standalone DLC for Destroy All Humans! Not yet announced, it should be released at the end of the month.

A new title in the Destroy all Humans franchise has been spotted on the Xbox Store from Microsoft by web snipers. Named Destroy All Humans! – Carnage Clone and published by THQ Nordic, this action / shooter title is currently not available and seems to be a DLC for the remake released in 2020.

The description is quite unequivocal:

Wreak havoc in the Clone Carnage! This standalone DLC includes 4 modes, 6 maps and a multiplayer mode for up to 4 players. Split screen allows you to double the damage in the 2-player local multiplayer mode. Unleash your wild side in Rampage, Armageddon, Race and Abduction modes!

The release date is announced as of May 31, 2022 and this DLC is currently only found on Xbox One and Series, but also in the list of trophies. For the moment, this additional content has not been spotted on PC, PlayStation or Switch, media on which the remake was distributed.