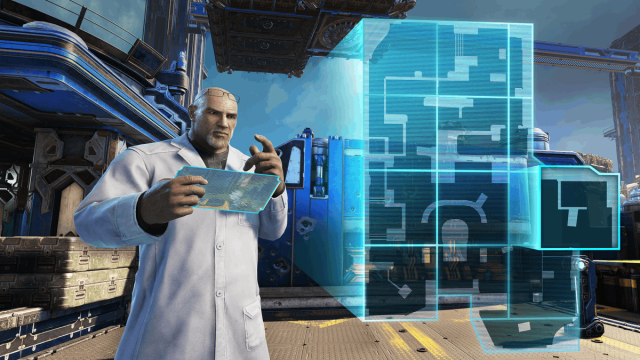 The Gears of War studio wants to have free rein to work on its new projects. Obviously, this involves removing a feature from Gears 5.

Xbox owned studio, The Coalition has its pockets full of projects. In a recent tweet, the Gears 5 developer seems to want to clear his mind to move forward. Thus, the message briefly teases its short and medium term projects, starting by removing the map editor from the game.

PSA: We’re removing #Gears5 Map Builder and unlocking its achievements for all players as the team focus on future projects.

We’re removing the map editor from Gears5 and unlocking its achievements for all players while the team focuses on future projects.

A first deletion which could indicate that support for the game will soon come to an end. In the meantime, all the rest of the content, especially multiplayer, is not affected. but The Coalition seems to be preparing something else behind the scenes. ‘Future projects’ that could be Gears 6 but will be especially under Unreal Engine 5since the studio has been bombarded specialist in the new game engine within the Xbox family.

A few months ago, the Xbox general manager Aaron Greenberg has formalized the development of “several projects” for the studio, including one which already seems to date from the beginning of 2021. If Gears Tactics 2 is also in the line of sight, be careful, we are not immune to a little ‘originality.