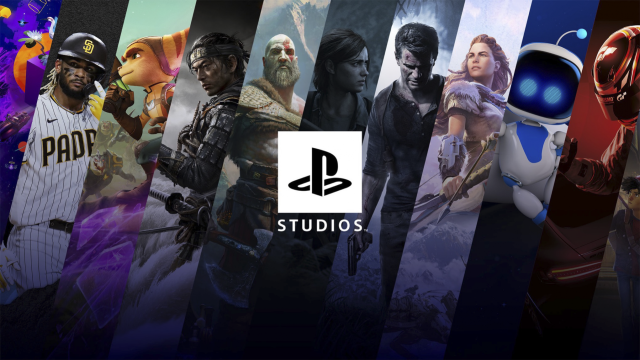 It has been rumors for weeks that Sony is about to get its hands on a new group or studio. Yes, but which one?

For several years, Microsoft has applied an aggressive takeover policy to recover market share and establish a solid place in the sun in the industry. So far, the green brand was alone in this field and took the opportunity to sign the biggest acquisitions in history with Bethesda and Activision, which should certainly be validated at the rate things are going. However, in the rearview mirror, it was Sony who arrived at full speed and also began to shop.

After taking under its wing two historical partner studios, Insomniac (Ratchet & Clank, Marvel’s Spider-Man) and Housemarque (Returnal), the Japanese company has extended its field of possibilities and got its hands on Bungie (Halo, Destiny ) for a few billion dollars. It’s currently one of the manufacturer’s biggest catches, but it’s not rumored to be the last.

Sony in the spotlight

Indeed, at the beginning of 2022, shortly after the acquisition of Activision and Bungie, the well-known Jeff Grubb added fuel to the fire by claiming that other similar operations were in progress. It was enough for the web to ignite and that rumors began to gravitate around Sony.

At first, it is Take-Two who is approached, but the affair is very quickly denied., as well as the studio Hazelight (It Takes Two). Then it’s the turn of Kojima Productions to be center stage when Death Stranding appeared on the PlayStation Studios banner. But there too, Hideo Kojima calmed things down quickly, saying that his studio would remain independent.

I’m sorry for the misunderstanding, but KOJIMA PRODUCTIONS has been and will continue to be an independent studio. https://t.co/2M0n4ogRaa

At the time of this writing, rumors have swelled around Sony and its potential acquisitions, and new studios are concerned: FromSoftware, Square Enix and Warner Bros..

What if Sony bought FromSoftware?

Regarding the dads of Elden Ring, several hallway noises reported a rapprochement between the two entitiesso that an analyst, Serkan Toto finally set fire to the powder by splitting a tweet that traces the entire history of FromSoftware.

1) One of my favorite studios, Tokyo-based FromSoftware, is currently rumored to be an M&A candidate for Sony.

Here is a quick run-down of its weird background feat. pigs, right-wing newspapers, Toyota and the metaverse.

And their early valuation… unspeakable.

As is, the thread tells us absolutely nothing and surfs on a rumor that dated back several weeks. Nevertheless, that was enough to bring the subject back on the table. I have to say that the history between Sony and FromSoftware is not neweven if the most telling examples remain the two big collaborations that are Demon’s Souls on PS3 and Bloodborne on PS4. Two exclusives that have largely contributed to establish the reputation of the studio at the table of major players in the industry. FromSoftware could therefore indeed be an additional charm asset for Sony if this one were to get their hands on it, especially when we see the recent success of Elden Ring.

READ :   The anti-monopoly commission will analyze the Microsoft / Activision agreement

Another acquisition freshly put on the carpet, that of Square Enix. Here too, the rumors are not new, but they have also gained momentum. This time again, it was Jeff Grubb who set the canvas on fire by splitting a tweet in which he suggests that, according to him, the fact that Square has sold a large part of its Western studios, by offloading in the process of licenses that are not very promising for its brand, is a way of cleaning up to prepare well for a takeover and be much sexier in the eyes of Sony.

OKAY. I’ve said this a thousand times, but there’s always someone who is hearing it for the first time: We never really hear enough to report on acquisitions with any certainty. Sony acquiring Square was the big rumor. But I CANNOT confirms that. And I continue to not know. pic.twitter.com/5ZKJruszCE

And the reasoning is not that crazy since by accepting the deal with Embracer, Square Enix did, in effect, part ways with licenses that didn’t “look like” it and didn’t work masses eitherexcept Tomb Raider, but Sony would have little interest in having it under its banner.

Among these large licenses, there are in particular Deus Ex which, despite its qualities, has always remained in the background, tomb Raidera strong brand, but which wouldn’t have much to do alongside Nathan Drake, and Marvel-branded apps (Avengers and The Guardians of the Galaxy) which both flopped. Legacy of Kain and consorts on the other hand are not “worth”, alas, much at the present time insofar as we have not seen them for years.

Square Enix now only keeps strong IPs and its brands which have earned it its letters of nobility such as Final Fantasy or DragonQuest to name but a few. Moreover, here too, the liabilities between Sony and Square are not new and there are countless exclusives and other partnerships between the two firms Japanese what would make it so the ideal candidate for an acquisition.

Sony could also buy a bit of Warner Bros.

At last, the last big candidate to be talked about today is none other than Warner Bros. The information comes this time from journalist Imran Khan who claims to have had echoes that Warner is said to be preparing for a complete acquisition or to let go of some of its licenses. Although he does not have enough details on the case, Khan still tells us that several big names in the industry are already on the case such as Sony, Tencent, Microsoft, Take-Two, EA, or Netease again. So many people.

Couldn’t get enough confirmation to actually write a post about it, but hearing a decent bit of chatter this week about WB Discovery shopping their game development studios around.

But here, what interests us is Sony. Warner and/or its IPs would actually be a nice shot for the firm which could thus diversify its catalog with licenses such as Mortal Kombat, Batman or Harry Potterbut unlike Fromsoftware and Square Enix there is no notable history here between the two actors, nor even of real interest in such an acquisition, if not to get your hands on several juicy IPs. On our side, we have a little trouble imagining such a deal, but you never know.

Sony VS Microsoft: a battle with takeovers

Sony does have its hands on the wallet, ready to draw to inflate its PlayStation Studios. The company no longer hides its desire to grow rapidly and expand its catalog, particularly in terms of game-services. Bungie has also been recruited with this in mind and should capitalize more on its Destiny license which, despite the criticisms that can be read everywhere, works like thunder.

More than a business matter, Sony also stakes its reputation in such transactions. The box enjoys a very special aura with its fans and has been playing with fire for some time, especially when the firm “dares” to talk about Gaas, or to expand its catalog on PC. But it is worth remembering that Sony is first and foremost a company that has to face direct competition (Microsoft) which is rushing swallowing everything in its path. The firm certainly does not intend to let it go and must obviously follow market trends. Moreover, other giants are gradually awakening, such as Tencent and Netease. The telenovela of serial buyouts isn’t over yet.