Like Monster Hunter World with Iceborne, Monster Hunter Rise also has the right to its XXL expansion packed with contents. So it welcomes Sunbreak, a monstrous DLC supposed to extend an already colossal lifespan. Is it a real addition or just smoke and mirrors? We’ll tell you that right now.

Hunting monsters under the sun 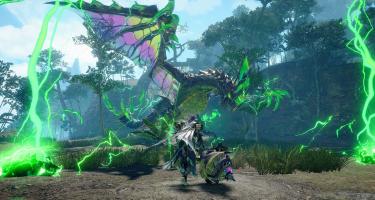 The content of Sunbreak follows directly after Monster Hunter Riseso you will have to to have finished the quests of the main adventure before going further. For those who have not yet taken the plunge, it would take in normal circumstances between 40 and 60 hours depending on your pace and combat ability, but Capcom had the rich idea of allowing you to make it easier on yourself.

Just like in Iceborne, the developers offer you here a complete stuff (Defender’s weapons and Black Belt armor) specially designed to clean up quickly. If the armor is given as is, the weapons can be improved with a ridiculous amount of ingredients that you will find as you progress through the adventure and without forcing. This will allow you to literally roll over the main game and to see the end of it in about fifteen hours. Enough to enjoy while reaching Sunbreak quickly. And it’s not a bad thing, sincethe expansion alone offers hundreds of hours of play. 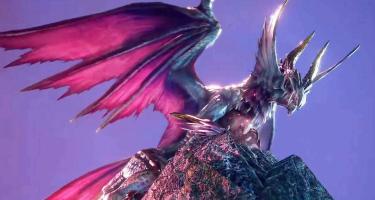 Sunbreak will offer you a lot of quests following a new scenario with a completely dispensable ecological background which only serves to send you to fight more and more difficult monsters. That’s why we’re here anyway.
And, in terms of monsters, Sunbreak plays the card of generosity, but not too much. It’s no less thanabout fifteen new bugs that you can face, among which are some nice new faces like the Malzeno, seen in the demo, magnificent and fearsome. Unfortunately, without spoiler, these new exclusive creatures are not very numerous and we would have liked to have more, especially since the ones presented are particularly good.
Nevertheless, we will have enough to do since the DLC also signs the return of iconic monsters of the license as the Gore Magala or the Seregios. Of course, there are also several subspecies like the Rajang Orage, the Somnacanth Aurore or the Bishaten Sanguin.

A nice bestiary then, but a bit thin, especially since we have here a roster almost half as important as the one of Iceborne at its release.

Hunting in Sunbreak is a real treat

More difficult and a lot of new features 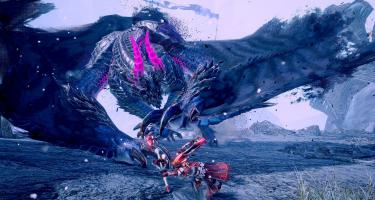 However, we won’t complain more than that since the show is there and the fights even gain in intensity with the new difficulty Mastersimilar to MHW (equivalent to G ranks for purists). Where Rise could be a bit easy during its endgame, Sunbreak raises the difficulty significantly. The monsters have more life, do more damage and are faster, but also adopt new behaviors and use new attacks, which will boost the interest of the hunt.

READ :   Alan Wake 2 will wait before showing itself but offers some illustrations

You can also participate in Paragon missions that allow you to go hunting with one or more other hunters managed by the AI. A first in the license (if my memory is good) and a welcome idea. We will choose our companion among the hunters we can meet in the village, taking into account his skills and his weapon of choice. Icing on the cake, the AI of our colleagues is quite good and will even surprise us more than once. Not only does our sidekick talk and give information (when he’s not just chatting to set the mood), but as a bonus, he uses the whole kit of the good hunterFrom bombs to consumables, including buffs and traps. An excellent surprise that we would like to see again in the next opussince it is the ideal compromise for solo players.

An extremely generous expansion from start to finish 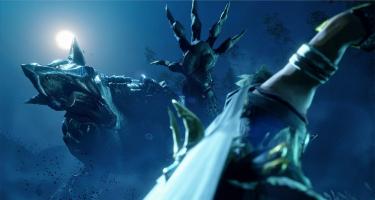 Hunting in Sunbreak is a real treatand everything you kill or capture will allow you to make new and more powerful weapons and armors, and other brand new talismans. Moreover, you can also count on new attacks with each of the 14 weaponswith or without a wire, to add to your movesets. Capcom has also added new mechanics, such as the transfer that allows you to switch from one substitute Talent (special attacks) to anotherand even make new moves during one of these changes. We can also note a more fluid gameplay, such as the possibility to walk on the walls without prior pulsation. New consumable animals are also appearing, such as the spider-ghost which acts as a grappling hook and allows you to literally throw the monster in the direction you want or the mutant filopterers which offer several bonuses such as buffs or special moves.

Honestly, I’m not going to list everything here so much the additions are numerouseven in our animals (Palico and Chumpsky) which can be improved, just know thatthey bring for the most part a real plus and allow to densify a gameplay already very complete. Optimization fans will be delighted and will have new tools to maximize their moves and combos. A treat. 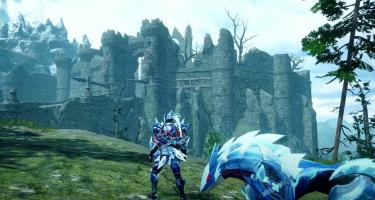 Sunbreak also adds several new environments as the Citadela map rich in forests and reliefs where several ruins are located, and the Junglelush and colorful. Other surprises await you, but we will not say more. In any case, the new areas are quite well designed and add a bit of excitement, even if the Citadel area seems a bit behind the other hunting grounds.

The endgame, even if you are bound to secrecy, is not outdone and the quests are really numerous. You will be able to farm without difficulty and come up against several surprises that will please those who like a challenge. Note that the Calamity mode (the kind of tower-defense in the Monster Hunter sauce) has not benefited from this new expansion. So you won’t have any master rank missions available. Is this a bad thing? The question is asked.

Finally, Capcom already has a myriad of free content coming for the rest of the year and many more updates in 2023Monster Hunter Rise: Sunbreak still has a lot of good things to come and we’re happy about that.

Technical insert:
We will not return to the technical side of the software on PC, already detailed in our test, but Sunbreak brings absolutely nothing more. We are indeed in front of a port of a Switch game on PC just smoothed for the occasion. So, it’s clean, in the sense that it’s stable, perfectly fluid and there are no visual problems, but it’s far from the current standards.