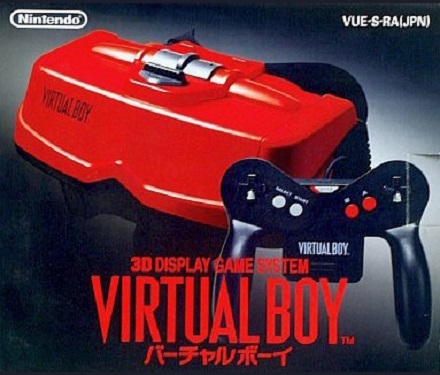 The “virtual reality” console of nintendo – one of the company’s biggest failures – was discussed on a channel show Youtube Did You Know Gaming. In fact, it was mostly to draw attention to a spin-off of the series F-Zero (Zero Racers) designed for the machine. However, reading through the words of his source (the former associate producer of Nintendo of America, Jim Wornell), the video briefly reviewed the various tests that preceded the marketing of the virtual boy.

And, from what has been said, these famous experiments were analogous to a certain sequence from one of the most famous films of Stanley Kubrick: Clockwork Orange.

Fans of the cinema, or rather of the cinematography of the American director, will easily make the connection with the scene of moral re-education: Alex (the main character), then notorious criminal, undergoes a program supposed to bring him back on the right path, in him making him hate the violence of which he is particularly fond. In front of a large screen broadcasting all the Nazi exactions, Alex is attentive… well, it’s hard to do otherwise when a device prevents you from closing your eyes and keeps them wide open… At the same time, the scientists posted at his side inject him with drops, just to dilate his pupils.

READ :   The point & click Pants Quest gets a trailer for its release

That’s what the film is. And for the virtual boyapparently, it was the same:

When they were testing people for the Virtual Boy, they put us through this…have you ever seen the movie Clockwork Orange? The scene where the person is stuck in the chair, and their eyelids are open? That’s kind of what the Virtual Boy test looked like. They dilated our pupils, made us sit our heads in a vice, and they lit up our pupils. They had these plastic rods, barely touching our eyes, and they were like, ‘Whatever happens, don’t blink for a minute’.

But um… yeah, that was interesting.

Here’s the image from the movie in question that will help you get some idea of ​​the situation:

Obviously, all this was not enough to prevent certain inconveniences from occurring when using the console: in contact with it, some users experienced headaches in particular. And in 1996, a year after it went on sale on the market (American and Japanese), Nintendo stopped selling its console. She, who had left to bring to life a revolutionary gaming experience, as her advertisements liked to point out…